Watch the video below to see Martin John performing as a Corporate Close-up & Table Magician: 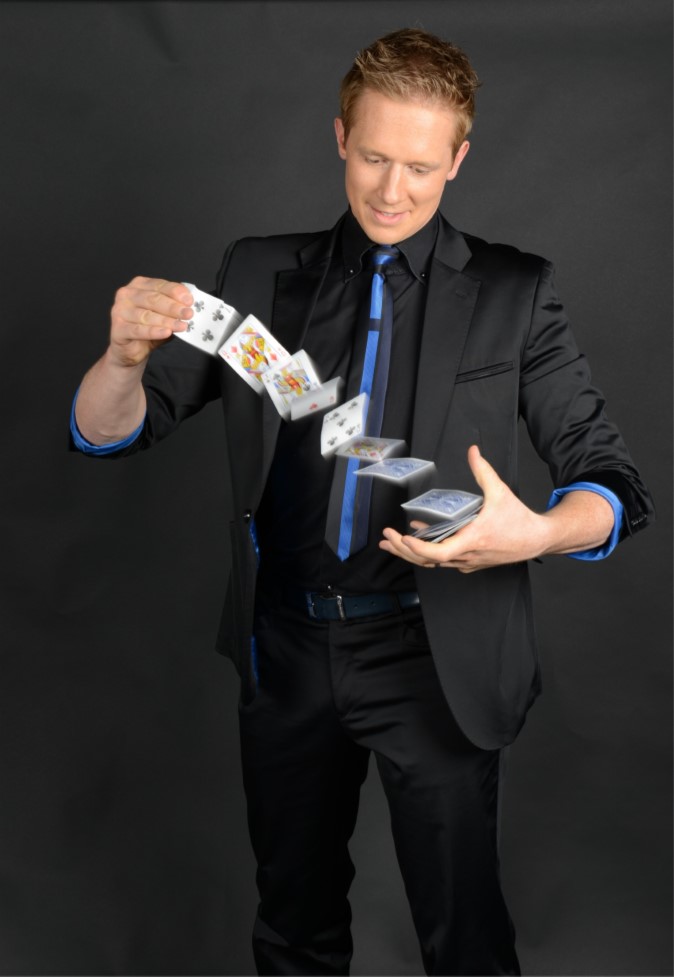 “We normally rotate our acts on a 6-12 month basis…we had Martin for 5 years! Martin performed over one thousand shows with us on spotlight table to table. In this time we were never disappointed and were glad to have him with us.
Martin, the door is always open…come back soon!”

Over the last 12 years, Martin has performed over two thousand shows worldwide as a professional Close-up Magician.  Now based in London, Martin travels to perform at events all over the UK & worldwide on request.

With masses of experience Martin has mastered the art of witty, comedic Close-up Magic bringing laughter and amazement to clients at Corporate events throughout the UK!

Martin will approach each group at your corporate event and perform magic with cards, coins that fall upwards, ropes, sponge rabbits (a favourite for women & children) and even borrowed and everyday objects! Signed cards appear in Martin’s pockets, impossibly into his wallet and even magically change in the spectators hands.

Depending on the amount of people at your event, Martin’s average time spent performing to each group is approximately five to seven minutes.  This however is completely flexible.  If you have a large event with hundreds of people, Martin can perform shorter but equally as effective routines.  For small events such as dinner parties, Martin can perform up to two different 10 minute routines to the same table, basically anything can be covered.  If the event has hundreds of people attending, Martin can either recommend another Professional Close-up Magician to work alongside him, or can also offer his Comedy Stage Magic Act which he has performed to audiences up to 4000!

Close-up Magic is the perfect ice-breaker for all types of corporate events. 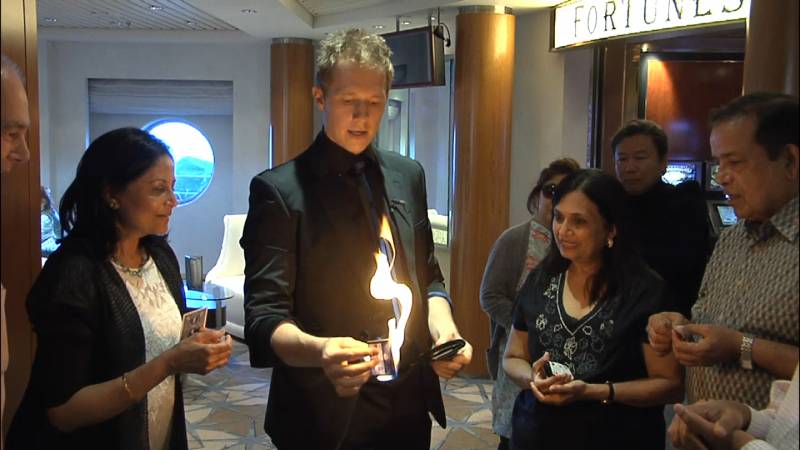 Martin also performs as a Table Magician.  He will approach each table performing specially designed routines to be seen by all at any size table.

How does this kind of magic work if the people at your corporate event are eating?  Don’t worry…Martin performs table to table in between courses, creating a fantastic atmosphere at each table.

Will he get in the way of the waiters?!  As the 5 year resident at a dinner & dance show venue performing over two thousand shows, Martin has more than enough experience to work in any situation.  If a waiter approaches the table ‘mid-routine’, Martin actually includes them in the routine!  You can be assured of a comfortable, professional approach at every table.

You’ve seen it on the television…now it’s time to have your mind read for real.

Watch in disbelief as Martin guesses a colour that you are merely thinking of…over and over again!

Still not convinced?  Think of a time.  A time that relates to a very important event in your life, perhaps the time that your child was born for example.

How could Martin possibly have predicted this EXACT time?

Do you want an amateur Close-up Magician claiming to be a Professional turn up at your corporate event?  Of course not!  Read what Martin has achieved over the last 12 years including a few of his previous clients:

At 30 years old, Martin is now based in London performing at corporate events, weddings & parties around the country.

What event types is Close-up & Table Magic suitable for?

If you would like to hire a world class Close-up & Table Magician with added charisma and finesse for your upcoming corporate event, give Martin a call now on 07564 032 857 for a free quote, or click here to contact via email, Facebook or Twitter.